At the closing of the Games, the representative of the host city passes the flag to the President of the IOC. And he, in turn, hands over the cloth to the mayor of the city, who becomes the owner of future Games.

There is also the Olympic Anthem, which is performed both at the Games and on other solemn occasions in the Olympic movement. 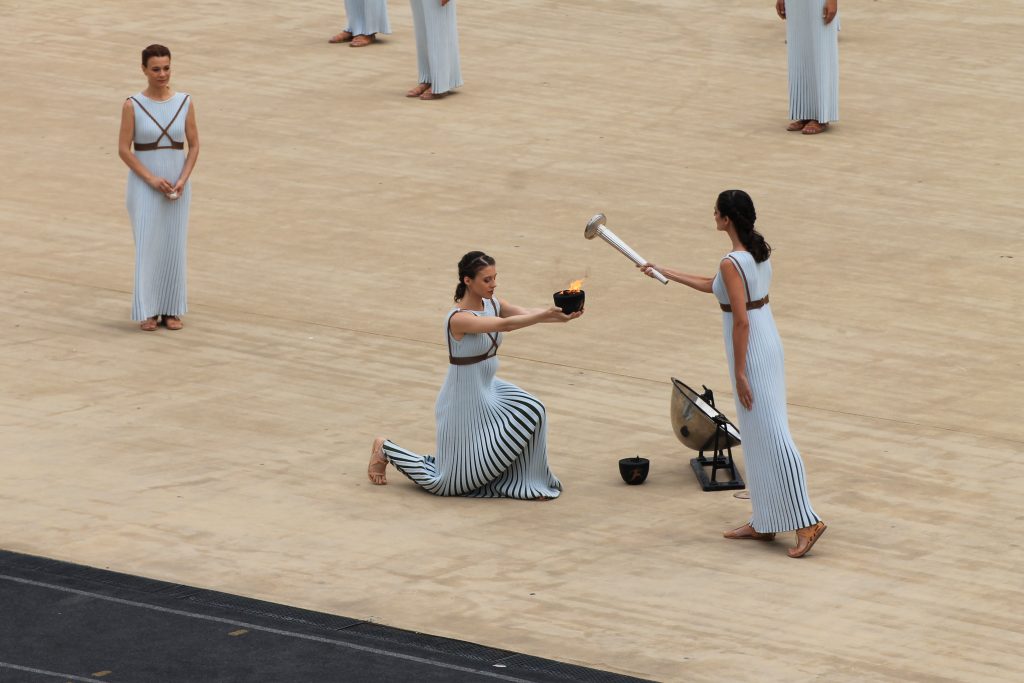 The idea of ​​​​lighting the Olympic flame right on the ancient ancestral home of this wonderful holiday was born by Coubertin back in 1912. He thought over the whole solemn, romantic ritual of lighting a fire. A beam of sunlight collected by a concave mirror is directed to the torch. Here the torch is lit. Another second – and it flashes with a bright unquenchable fire!

The tradition of lighting the Olympic flame in the stadium began in 1928 at the Games in Amsterdam. And at the Winter Games it happened in 1952 in Oslo.

The relay of the Olympic torches, the first of which flares up in Olympia, first took place in 1936.

The torchbearers carry the lit fire day and night – in the rain, in the snow, in the storm; therefore they must be very courageous people.

The last steps, the last lap along the track of the Olympic stadium. This honor is usually given to the best, one of the most famous athletes in the country where the Olympic Games are held. For example, at the Games in Moscow, the fire was lit by Sergei Belov, the famous basketball player, world champion, Olympic champion.

The Olympic oaths are two of them. The first on behalf of the participants. The text was proposed by Piet de Coubertin. True, now the oath has changed somewhat. This is how it sounds today: “On behalf of all athletes, I promise that we will participate in these Games, guess and, observing the rules by which they are held, in a truly sporting spirit, for the glory of sport and in the name of the honor of our teams” . At the Games in Moscow, they were spoken by gymnast Nikolai Andrianov. And for the first time the Olympic oath sounded in 1920.

The second is the oath of sports referees. Perhaps our country should be especially proud of this Olympic tradition. She appeared at the Games-68 in Mexico City. And our Olympic Committee proposed it! The text of the oath is:

“On behalf of all judges and officials, I promise that we will carry out our duties during the Olympic Games with all impartiality, respecting and observing the rules under which they are held in a truly sporting spirit.”

And in this oath intelligible, and most importantly – responsible words!

So far, we have all been talking about solemn and, so to speak, strict traditions. But there is a touching, kind and slightly funny tradition in holding the Olympic Games.

Athletes and fans are slightly superstitious. They – half jokingly, half seriously – believe in various signs, carry talismans with them. It is known, for example, that the best football goalkeeper of all time, Lev Yashin, kept his first cap for many decades.

Here at the Olympic Games – and this happened for the first time at the Games in Mexico City – a mascot appeared. But not someone personally, but for everyone, common: to bring happiness to any Olympian, any fan.

The jaguar became the mascot. And this, I must say, is one of the favorite animals in Mexico.

The new Olympic custom immediately recovered for everyone. Four years later, a new talisman appeared in Munich – the dachshund Waldi. In Montreal, the traditional inhabitant of the Canadian forests, the beaver, has become a mascot.

When the competition for the creation of the mascot of the Olympic Games in Moscow was announced, many famous artists took part in it. The best offer was the cute bear Misha, painted by Moscow artist Viktor Aleksandrovich Chizhikov. 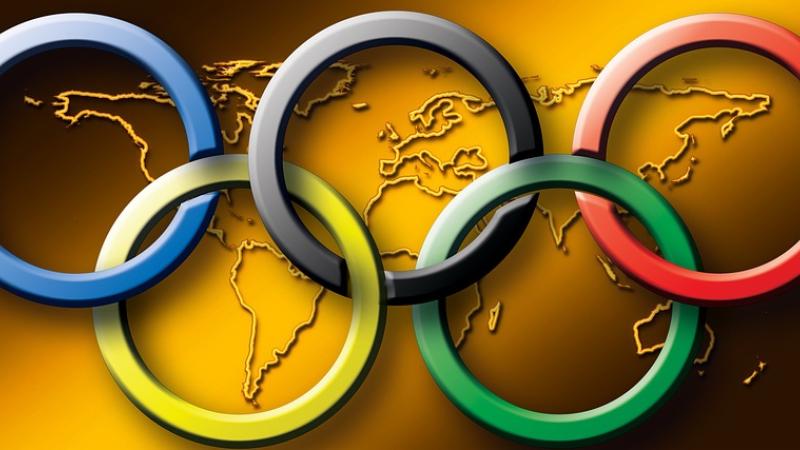 Of course, everyone knows about Olympic medals. They are awarded in each issue of the program – to the winner and prize-winners: gold, silver and bronze.

For the third place the medal is really bronze, for the second place – really silver. But for the first place .. also silver, but covered with a thick layer of gold (at least 6 grams).

Athletes who take places from first to eighth in individual and team competitions receive IOC diplomas.

Diplomas and commemorative medals are awarded to all participants of the Games and team officials.

For special services to the Olympic movement, the IOC is awarded the Olympic Order. The charter precisely and strictly defines the rules by which the Olympic Games must be held. You can’t deviate from the rules. But in addition to them, you can make something of your own, good.

The duration of the Games shall not exceed sixteen days.

Most Olympic competitions must be held in the main city of the Games, unless specific permission has been given by the IOC to deviate from this rule. So, by the way, it was with us in 1980.