The XX Summer Olympic Games were held in Munich from August 26 to September 10, 1972.

Before the 1972 Olympics in Munich, the problem of choosing the standard-bearer for the USSR national team did not stand. The name of the hero was on everyone’s lips – two-time Olympic champion in freestyle wrestling Alexander Medved. It should be noted that the 35-year-old wrestler was not even going to his third Games, but he was persuaded. And he won again.

Of the 99 medals won by Soviet athletes in Munich, there were 50 gold, 27 silver and 22 bronze. For the first time, our basketball players beat the Americans, and literally in the last seconds of the final. Volleyball players, water polo players, judoka Chochishvili, yachtsman Mankin in the “tempest” class, Vladimir Vasin in diving also won the Olympics for the first time. Elena Petushkova on Pepel, Kalita on Tarif and Kizimov on Ichor performed brilliantly in equestrian sports. The Olympics in Munich were remembered not only for the sporting events themselves, but also for the high-profile terrorist attack.

The arrival in Munich of a team from Israel, which included former prisoners of fascist concentration camps, once again emphasized the transition from a militaristic past to a carefree and happy life.

The small Israeli delegation at the Games consisted of three dozen people – 15 athletes and 15 officials, including coaches, judges, sports officials. In the new Olympic village, they were given the first floor of a small building at number 31 on the eastern outskirts, not far from the central gate.

Even before the Olympics, the Israelis were worried about their safety. The head of the delegation, Shmuel Lalkin, was embarrassed by the location, his excessive vulnerability, and the lack of armed guards and access control in the Olympic village.

The organizers brushed off the claims – they contradicted the philosophy of the “Happy Games” declared by the Germans. In them, the role of the police, armed only with walkie-talkies, was reduced to the fight against ticket speculators and drunks.

“Black September”
The terrorist organization “Black September”, created in the early 70s by radical Palestinian Arabs, was not numerous; its ideological inspirer Ali Hassan Salameh is the closest associate of the future Palestinian leader Yasser Arafat.

The group took the name “Black September” after the September armed conflict in Jordan, where numerous Palestinian refugees expelled by Israel lived. In that war, according to various estimates, about 10 thousand Palestinians died, and another 150 thousand had to flee to neighboring Lebanon.

In Germany, the Black September militants arrived before the start of the Olympics in two groups on false documents through Italy and Bulgaria. All weapons and ammunition (8 Kalashnikov assault rifles, 30 magazines for them with full ammunition, several TT pistols and 24 hand grenades) were delivered to Munich through the diplomatic mail of the Libyan embassy.

Several decades later, when documents about the operation were declassified, it turns out that three weeks before the Games, the German authorities received information from a Lebanese informant about the plans of terrorists during the Olympics, but frivolously ignored it. 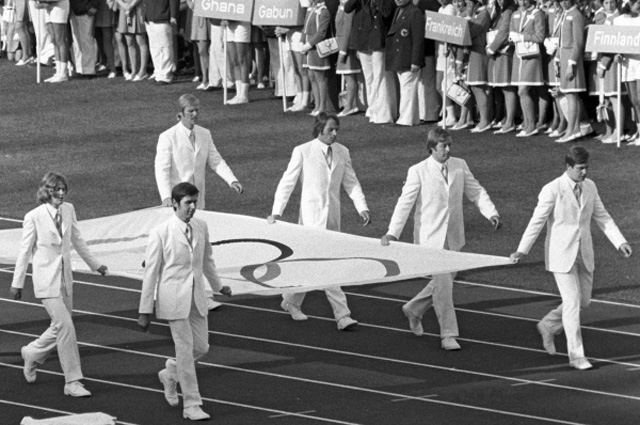 On the night of September 4-5, eight terrorists in Adidas tracksuits with trunks stuffed to the brim with weapons stood at the 2-meter mesh fence of the Olympic village. Many athletes later said that they rarely used the usual entrance to the village – it was much easier to jump over a low fence in the right place.

That night, at the fence, the terrorists met Canadian water polo players, who had been sitting up late in the media center watching the hockey super series of the USSR – Canada. The Canadians returned to the village in high spirits (4-1, Maple victory). They helped each other with the militants to get over the fence and dispersed in different directions – on the clock it was about 4:20 am local time.

“They came with us. We thought it was other athletes. Five or ten minutes later we heard the sound of gunshots, but we thought that someone had won a medal and set off fireworks,” recalled Robert Thompson, Canada’s water polo player.

Only in the morning they will be told about the hostage-taking in the building opposite.