The 1900 Summer Olympic Games (English 1900 Summer Olympics, officially called the games of the II Olympiad) – took place in Paris, France from May 14 to October 28. The game was dedicated to the World Exhibition, which was held at that time in the French capital. The games became more massive in comparison with the past games of 1896 in Athens – more athletes came and more competitions were arranged. 997 athletes, of which 22 women who came to the Olympic Games for the first time represented 24 countries. Athletes competed for 95 sets of medals in 20 sports. 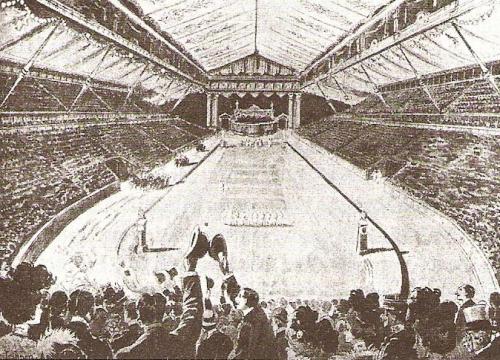 The choice of the city

On June 23, 1894, the first International Congress of the IOC was held in the Sorbonne (Paris). Among the issues discussed at this meeting was the choice of the venue of the I Olympic Games. Pierre de Cuberten suggested holding games in 1900 in Paris, and timed them to the world exhibition planned at the same time. However, the delegates decided that six -year -old games could reduce interest in them. Therefore, the audience decided to hold I games in 1896 in Athens, and not in Paris.

After the games, the Greeks said that they have the right to conduct subsequent competitions, believing that Greece is the homeland of the Olympic Games, and they can only take place there. This idea was put forward by King George I, and many of his compatriots supported it. Kuberten and IOC thanked them for holding and organizing games, but refused to repeated. Instead, they proposed organizing Greek games once every four years, in which only the Greeks could participate, and the Prince Konstantin decided to do this. In addition, military aggression against the Ottoman Island of Crete in 1897 finally excluded the possibility of re -holding games in Athens. The choice in favor of Paris was confirmed by the second Congress of the IOC in 1897 in Havra.

A special organizational committee was created to organize games. It was planned to hold games in an ancient Greek style – to build decorative temples and statues. At the first meeting of the Committee on May 29, 1898, a game program was developed. Then, the organizational committee took up the invitation of athletes from different countries, and amateur clubs of Great Britain, the USA, Russia and Australia were the first to participate in games. However, many plans could not be realized for various reasons.

The director of the exhibition Alfred Picard considered the sport “useless and absurd occupation” and at first was absolutely against playing the games, but after some persuasion, he still agreed. Then, on November 6, 1898, the French sports union of athletes announced that only he has the right to organize any sports competitions at the exhibition. The IOC did not dare to enter into a fight against this union, and lost this right. The new game organization was created on February 19, 1899.

At the head of this committee was Picard and President of the French Infantry Association Daniel Merillon. They announced a new list of competitions and a new list of sports grounds. In addition, the new organizational committee almost did not use the word “Olympic”, many competitions were called the “International Championship” or “Exhibition Competition”. Kuberten, meanwhile, traveled to different countries, inviting more and more athletes to take part in competitions. 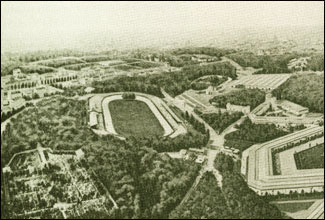 Now it is not known exactly what sports were part of the Olympic program. Some competitions organized the IOC, and some were separate exhibition competitions, and the games were not related. Several competitions were later declared Olympic according to various criteria (participation of professionals, participation of exclusively one team). Now the IOC gives a list of 19 sports (in this list of water polo and swimming are combined), and the rest of the competitions are classified as “unofficial”.